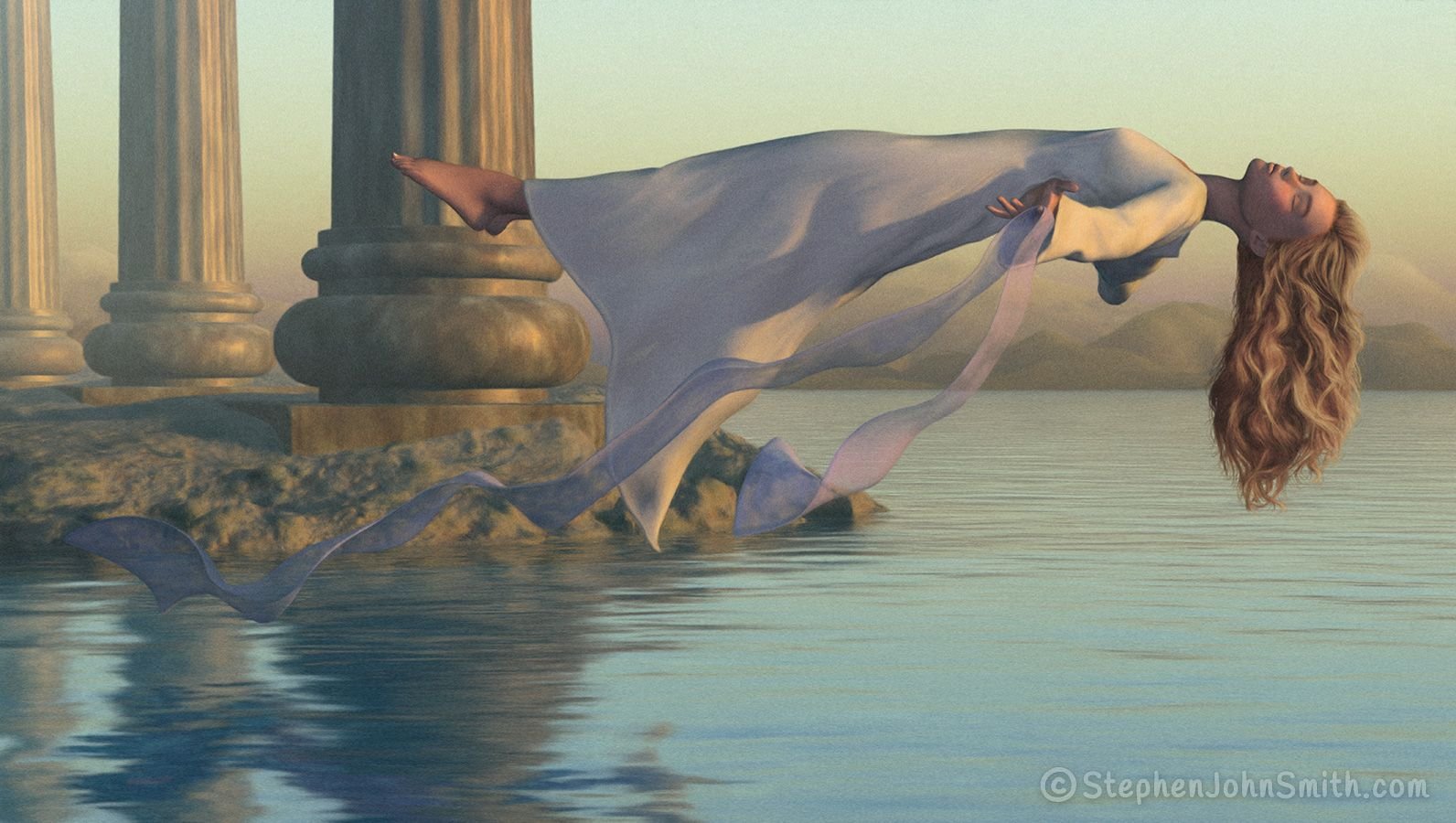 Gravity is an inescapable and unrelenting force, or at least that’s what a distracted and agitated mind accepts. The less obvious truth, however, is that serenity has the power to lead one into expanded states where all such limitations simply melt away.

The Sisterhood’s spring gathering at the upper stone circle was, as always, a serene and calming affair. Yet while the chanting remained familiar and comforting, by the fifth stanza of the Water Evocation, she found herself restless. Try as she might to focus, as the cycle of the Earth Cleansing Songs progressed, so did her agitation. When dawn finally broke, she could no longer ignore the insistent urge to move, just move.

Without fuss, she melted back into the lingering shadows behind the standing stones and slipped away unnoticed.

For an hour or more, she wandered through the woods in a semi-daze, the constant movement dissolving her agitation. When she finally emerged on the lake’s shore next to the Great Pillar Ruins, she stopped just before her toes touched the water.

The lake’s surface moved in long, lazy waves that both beckoned and cajoled. The sun, now above the horizon, bathed the land in golden tones.

Gazing out across the lake, she smiled, then turned away and looked back the way she had come. The restlessness began to rise again. No, her path no longer lay in that direction. She closed her eyes and felt the pull of the lake behind her. Calm descended once more, filling her body and mind with liquid warmth.

She loosened the sash around her waist, the coveted insignia of the Sisterhood, and held it loosely in one hand. For years she’d given that piece of cloth far too much significance. Something new was calling.

She spread her arms wide and, as the lake continued to beckon, leaned back. In slow, gentle increments, she simply fell backwards, but she never touched the beach or water.

The soft, almost imperceptible breeze lazily ruffled her gown and sash as she floated out across the lake.

Serenity was hers and gravity was a burden no longer.