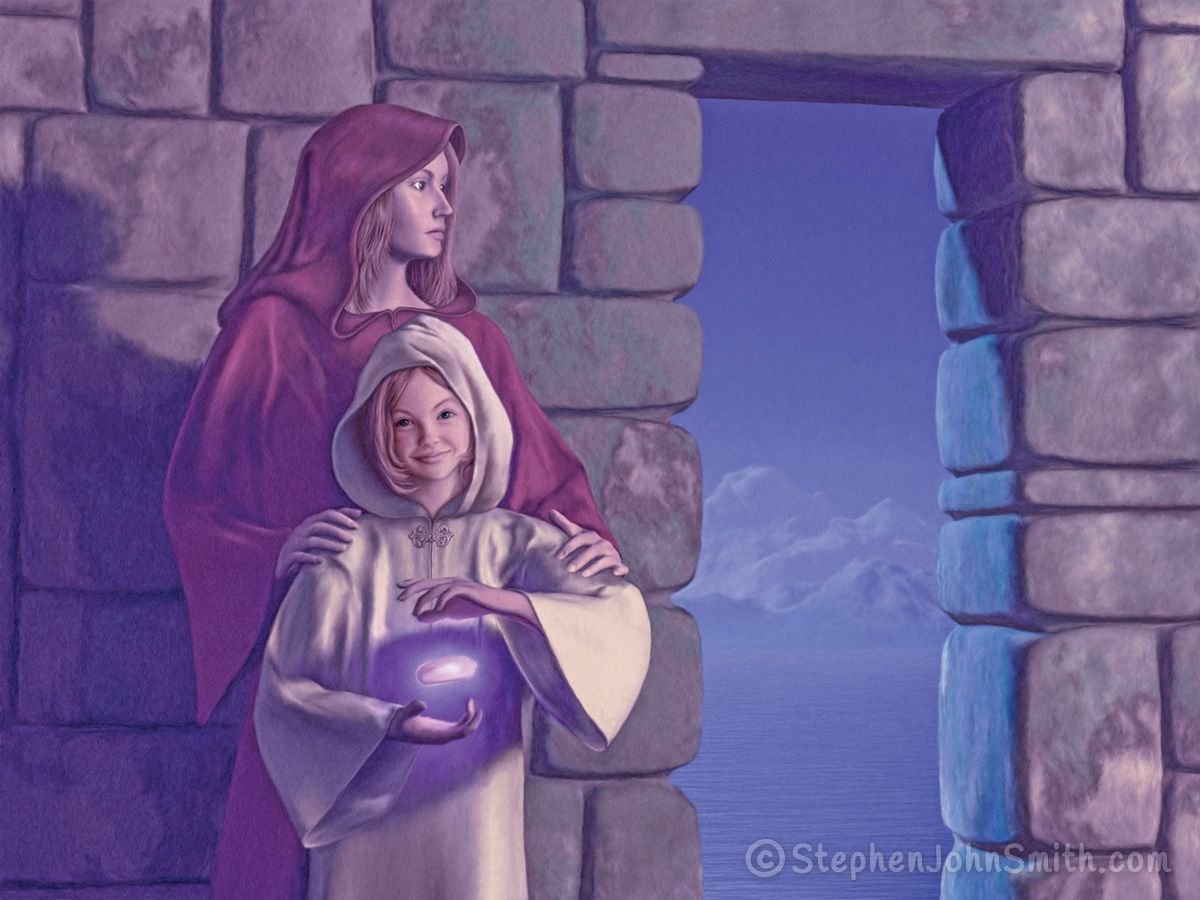 Discovered on the Abbey’s stone doorstep swaddled in coarse linen, she had entered the Sisterhood as a four-week-old orphan. After two months of fruitless searching for the mother, the Sisters finally accepted their additional responsibility. Without reserve, they embraced the baby as their newest sister.

Nurtured and loved by all, the baby grew into a girl of indomitable spirit. At age five she accepted initiation as an Apprentice, and her formal studies began. From that point on, the Sisters spared no effort in coaching her about the fundamentals of the Order’s lore and skills. She was a quick and natural study.

Now, on this her thirteenth birthday, the time of the Sacred Judging had arrived.

Waiting in the chilly west hallway and attended by her counselor, she absentmindedly rotated a glowing quartz stone between her hands. As her teachers had repeatedly impressed on her over the years, focus and discipline were the keys to unlocking the extraordinary hidden capacities of the mind.

She’d finally found such focus he year before, at least when levitating stones.

Her mind drifted back to her upcoming audience. The Abbess, although temperamentally serious and stern, had always showed patience and compassion when dealing with the young foundling.

But tonight would be different. The Abbess’s duty bound her to stay unbiased and show no favoritism. The Sacred Judging required nothing less. The Order’s secret teachings held mysteries and power beyond imagining. Both were unbelievably dangerous if in the wrong hands. Tonight’s audience would decide if the Apprentice was worthy of receiving these extraordinary innermost teachings.

As the floating quartz stone continued to rotate, a serene and confident smile spread across the girl’s face.