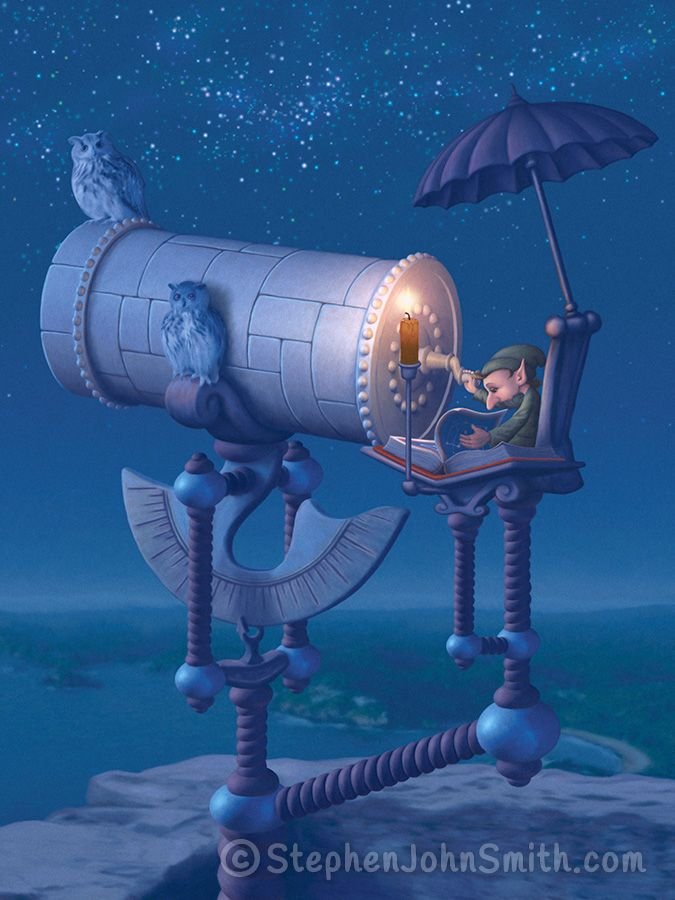 The sun was setting when he first climbed up to his lofty perch, and now midnight was long hours past. Although the air bit crisp and chilly, he thought little of discomfort. Cool nights produced the clearest skies, and that was all that mattered.

And tonight with the heavens so crystal clear, the stars seemed only an arm’s length away. If he reached out now, right now, might he touch one and feel its warmth in his hand?

He shook his head. Wishful thinking. But these clear skies did guarantee a perfect night for stargazing.

And he had company.

Arriving shortly after midnight, the owls had shown little urge to move on. They’d probably still be here when dawn arrived and he headed off to bed. Good company, too. Not once had they bothered him with chattering, fidgeting, or silly questions. Both were content to just sit and look and ponder. It would seem they revered the quiet vastness of the night sky just as much as he did.

So which star should he focus on tonight? Another look through the book of star-maps was in order, then a re-calibration of the telescope’s alignment.

So much to see, so much to learn, and every night flew by so quickly.